Portal to Hyrule
ALBW poster set is back in stock 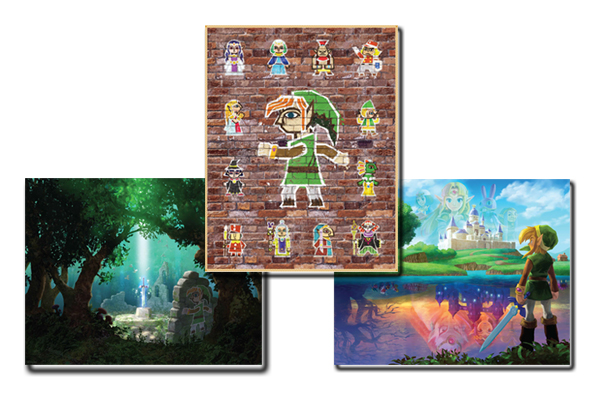 A few months ago, a 3 piece poster set featuring artwork from A Link Between Worlds was available on Club Nintendo for 500 coins. Due to its predictable popularity, the poster went out of stock pretty soon after it was made available.

But fret not! The poster set has recently been restocked, so grab one while you still can!
DekuLink on March 4, 2014 in Zelda Merch ALBW Zelda
Kotake & Koume in SSB4 (3DS) 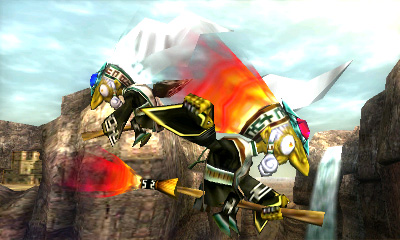 As we all know, Gerudo Valley will be making an appearance as a stage in the 3DS version of the upcoming Super Smash Bros. title. Today, Sakurai announced on Miiverse that Kotake and Koume will be in the aforementioned stage.

While we certainly don't know exactly what role they will play, it seems pretty obvious that they will serve as a stage hazard. A previous screenshot of the stage shows the bridge destroyed, as well as fire in the background. It makes sense that the twin grannies are the cause of this. The fire also seems to imply that there may be ice as well. Perhaps you will turn to ice (much like you would from a freezie) if you're unlucky enough to get in the way. 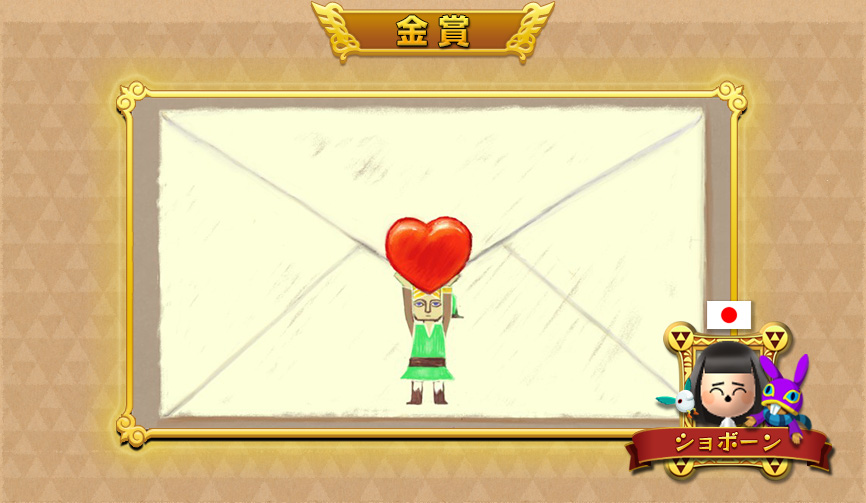 Nintendo announced a while back that there would be an A Link Between Worlds Art Academy event would be held from January 24th to February 16th. Fans from all over the world submitted all kinds of art, and Nintendo has now picked the winners!

The image to the left was chosen for gold and the images below were chosen for silver. Check out the full results, including bronze and Eiji Aonuma's picks, here! 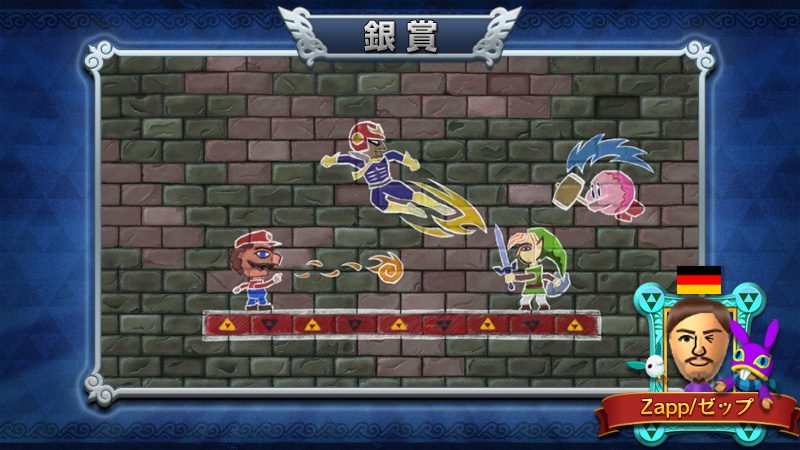 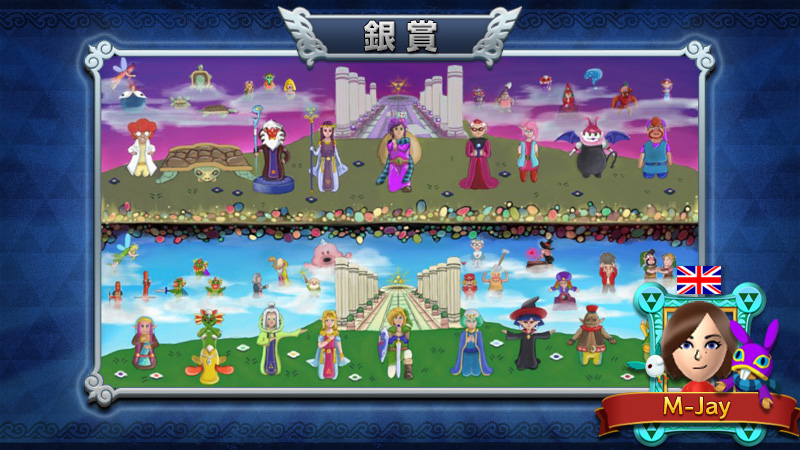 Li Kovacs (aka Pikminlink) is arguably the most famous cosplayer in the Zelda community. Li has made tons of different costumes for Zelda and Nintendo characters, and even made the (still active) layout for The Hylia.

Li sat down with the folks at Nintendo Minute to talk about her costumes, how she got into cosplay, and some advice for aspiring costume creators. You can check out the video here, or in the full story.
DekuLink on February 28, 2014 in Community Interview Cosplay Zelda Nintendo
Nintendo Wi-Fi Connection Discontinuing in May

Nintendo seems to be moving on from their previous generation consoles. The big N recently announced that it will be discontinuing their Nintendo Wi-Fi Connection service. Wii, Nintendo DS, Nintendo DSiWare, and WiiWare games are affected.

Starting May 20, 2014, over 60 titles will no longer be able to be played online; including Super Smash Bros. Brawl, and Phantom Hourglass. For many games (like Brawl), it's less worrying because you can still play it locally. However, things like Wii Speak will be entirely defunct.

It's always sad when online services go down. I'm reminded of when Microsoft ended online functionality for the original Xbox games, like Halo 2. I'm sure that there will be a surge in online play for all the affected games in the coming months. Personally, I will be playing quite a bit of Battle Mode in Phantom Hourglass over the next few months. It will still be possible to play locally with two DSes and one cartridge, but that requires a friend with another DS (Also, game results played locally are not saved).

For a full list of affected games, go here. RIP Nintendo WFC.
DekuLink on February 28, 2014 in Nintendo Nintendo
Egg from Links Awakening originally planned for A Link to the Past 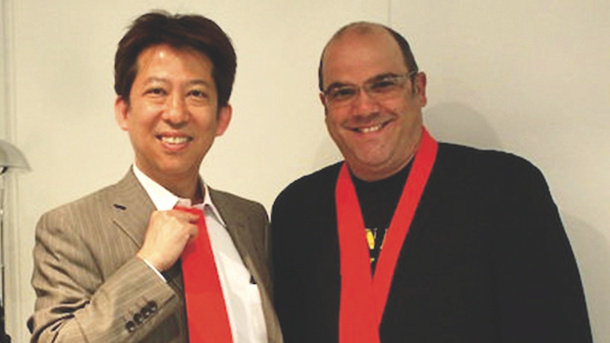 Ideas flow wildly during a games development. Many don't make it into the final game, or are changed drastically from their original incarnations. These kinds of scrapped ideas, as well as other interesting tidbits of information, are often revealed years and even decades after a game's release, and The Legend of Zelda games have plenty of them (which I plan to document in the future; more on that later).

In a recent Official Nintendo Magazine interview with Retro CEO Michael Kelbaugh and Nintendo SPD producer Kensuke Tanabe, the latter revealed an interesting tidbit of info from way back when regarding ALttP and LA. Everyone who has played Link's Awakening knows of the iconic egg that sits atop Mount Tamaranch. It turns out that the concept of the egg was originally planned for the previous Zelda title: A Link to the Past. Here's what Kansuke Tanabe had to say about it:

Again, exactly as Michael said, it is nearly impossible to put every idea that we come up with into our games; these ideas vary from small ones to big ones. To tell you one of my personal experiences, I worked on the overall concept, story line and structure of The Legend of Zelda: A Link to the Past and there were some ideas that didn't make it. Out of these ideas, there was one I really wanted to see in a game and we finally decided to use it as one of the basic concepts for the setting of The Legend of Zelda: Link's Awakening a few years later (this was, in fact, that the world ends when a massive egg breaks on top of a mountain).

There's still a goldmine of fun factoids that dwell in the minds of the developers of the games we love. It seems the only prospector for these nuggets are the occasional interviews in which they participate. We can only hope more interesting facts come from the horse's mouth more often. I know I'll be on the lookout!

In other news, today is The Legend of Zelda's (and my grandma's) birthday! It's been 28 years since the original release of The Hyrule Fantasy on the Famicom Disk System, and the series is still going strong. Happy birthday Zelda!
DekuLink on February 21, 2014 in Zelda Birthday LA ALTTP Zelda
Hey look, a bottle!! 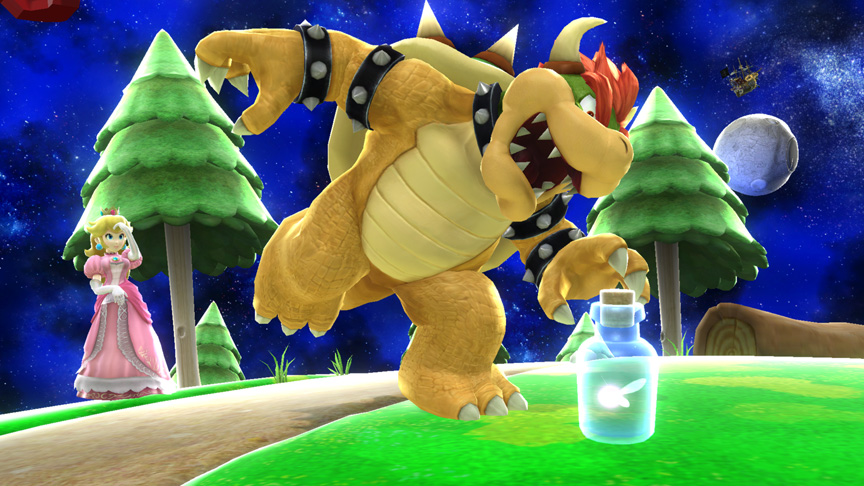 Today, Smash Bros. director Masahiro Sakurai's daily SSB4 picture features a familiar Zelda related item: a fairy in a bottle. The fairy in the bottle will heal damage for fighters. Here's what Sakurai had to say about the picture:

Pic of the day. Hey look, a bottle!! This is a special item that can even heal fighters who have accumulated over 100% damage.

His comment, "can even heal fighters [...] over 100% damage" is a bit ambiguous. The famous heart containers, which have been in each SSB game, heal 100% damage. It seems that the bottled fairy will heal more, but we won't know exactly how much until we get our hands on the game later this year.

Be sure to check back for more Zelda related Smash 4 updates!
DekuLink on February 18, 2014 in Nintendo Super Smash Bros. Zelda Nintendo
NEWEROLDER
Powered by CuteNews
do not click